From Jim Garrettson, Executive Mosaic President & Founder
The federal government this week continued to diversify its potential sources for cloud computing solutions as another contractor won approval to offer cloud tools to agencies.

IBM obtained a provisional authority to operate from the FedRAMP Joint Authorization Board, a body comprising of CIOs from the General Services Administration and the departments of Defense andHomeland Security.
This move comes as IBM also has opened a new innovation center in Washington, where company researchers will collaborate with their agency colleagues to further develop and test cloud technologies.

“Our research teams are exploring the next generation of cloud security and are committed to bringing further innovation to the government in this area,” says Anne Altman, IBM’s U.S. federal GM.

Autonomic Resources is another GovCon firm that holds the FedRAMP approval and the number of companies that go through the process will increase as more agencies seek cloud tools, according to company CEO John Keese.
“We have already made the corporate decision that FedRAMP was going to be the eye of the needle through which all of the camels would pass,” Keese says.
The Potomac Officers Club sits at the checkpoint for public and private sector leaders to gather and exchange ideas on how government and industry can further increase their collaborative efforts to capitalize on next-gen technologies. 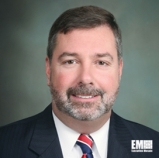 Chris Smith has been appointed VP of technology for AT&T’s government solutions business and will oversee a team of 175 technologists.

The 25-year federal market veteran most recently served as U.S. federal chief technology and innovation officer at Accenture and was CIO at the Agriculture Department before that.

“He is going to be an important engine of innovation for AT&T in the federal sector,” said Kay Kapoor, president of the government solutions business. 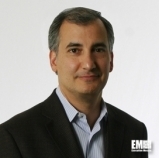 The 25-year BD veteran most recently served as SVP and BD manager for the group’s national defense and defense division and led pursuit of new business in markets such as homeland security and intelligence.
“Chris is an experienced business development professional, with a proven history of sales and marketing excellence in government services,” said Mary Ann Hopkins, government services group president. 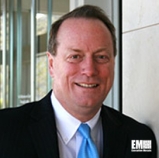 William Maguire has elevated to COO at IntelliDyne, where he will be responsible for developing and carrying out the company’s business growth plans and operational strategies.

The nearly 30-year IT veteran served as VP and CIO at Virgin America before joining IntelliDyne in 2010. 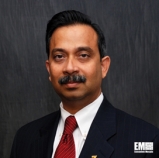 Unisys will work with GSA’s Public Buildings Service to manage its IT infrastructure under a $19 million task order.

This order is part of a BPA GSA awarded in April for desktop computer maintenance, energy and building systems management, help desk services and mobile and cloud development.

Under the BPA, Unisys has won $30 million for document management, web development and infrastructure services. 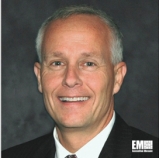 Leidos has won a potential $178 million contract to help the Defense Health Agency respond to customer calls for the Military Health System.

The Reston, Va.-based company’s telehealth nurses and other workers will use algorithms, guidelines and protocols to address health issues raised by service members.

The nurse line will also be used by the firm to reschedule the appointments of servicemen and women who are enrolled in the health system.