From Jim Garrettson, Executive Mosaic President & Founder
After 16 days of being partially closed, the federal governmentopened up all of its doors for business again this morning after congressional leaders agreed to a measure late last night that funds the government for three months and extends the debt

ceiling for four months.
Nearly 500,000 civilian employees, including 4,000 at the Defense Department, were set to return to their desks alongside the contractor workforce with the goal of working hand-in-hand to bring government operations back up to speed.
With this uncertainty resolved for now, attention is returning to the potential impacts of sequestration, whose mandatory cuts figure to loom large in negotiations between lawmakers and the White House on the country’s long-term budget direction.

Some debate has surrounded giving government decision makers theflexibility to decide which programs stay and go with the sequester in place. Some lawmakers, such as House Armed Services Committee Chairman Buck McKeon, have seenpotential downside to this approach, which he sees as potentially elongating the sequester’s impact.
The fiscal debates will continue but the work of agencies to bring next-generation technologies into their enterprises carries on. Some have issued calls directly to the GovCon industry for a sneak peek at their latest offerings.
Earlier this month, the Pentagon invited vendors to demonstrate commercial electronic health record technologies at a series of forums next week in the capital region.
The Department of Veterans Affairs also continued its efforts to bring new innovations into its medical centers around the country by selecting Harris Corp. for the third and final phase of a program to install a wireless network platform at VA facilities.

Wayne Lucernoni, Harris IT Services president, said the VA will have the network installed at 46 centers upon completion of phase three.
Including phases one and two, Harris aims to have 112 centers connected to the network when the project wraps up.

To gain an insider’s look into how GovCon firms work with agencies on leveraging new technologies,ExecutiveBiz spoke with Booz Allen Hamilton Executive Vice PresidentKaren Dahut as part of the site’s series of interviews with industry thought leaders.
Dahut told ExecutiveBiz that cloud analytics is becoming an emerging field for the public and private sectors as data availability continues to increase.
“When you put a lot of different types and varieties of data into what we call a ‘data lake’ and into a reference architecture, you have a whole new way of looking at problems that you didn’t have before, because you can correlate different data sets in new ways that give you different insights,” Dahut said.

bringing together public and private sector leaders to discuss the current and future landscape of cloud computing in the federal government.
“Cloud Computing & the Federal Government” will feature speakers such as David McClure (above), associate administrator of GSA’s citizen services and communication office; Michele Weslander-Quaid (below), federal CTO and innovation evangelist at Google; andJohn Pescatore (right), director of emerging security trends at SANS. 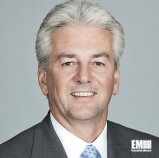 Dan Allen has been appointed CEO of Serco Inc. and will succeed Ed Casey in December, while Casey will take a leadership role with parent company Serco Group plc in England.

Allen was previously president and CEO of CACI International and served as sector vice president and a general manager at Northrop Grumman prior to joining CACI as president of U.S. operations in 2011.

He is a 30-year industry veteran who has held leadership positions at General Dynamics Information Technology, GTE and TRW.

Since Casey joined Serco in 2006, Serco has seen its revenue increase from $400 million to $1.2 billion and acquired RCI and SI International. 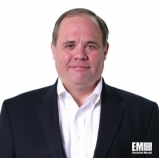 Bill Bodie has been named SVP of business development at Fluor’s government group and will lead sales, marketing and communications from the group’s Arlington, Va. office.

He previously served as EVP and global business development manager at Parsons’ government services group and also led the national security and defense division, where he helped integrate SPARTA after it was acquired in 2011.

Prior to Parsons, Bodie served as lead executive and president of KBR’s North American government and defense business unit.

He has also served as a special assistant to the Secretary of the Air Force. 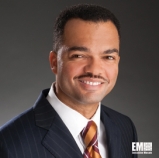 Gregory Nixon has joined Denver-based CH2M Hill as SVP and chief legal officer, where he will lead a team that provides risk management, compliance, insurance and legal services to clients.

Nixon worked in both the Obama and Clinton administrations and also held leadership roles at McKinsey and Company, Booz Allen Hamilton and Howrey. 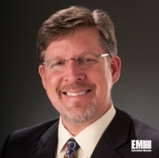 Dave Kaufman has been promoted to VP and general manager of Ball Aerospace’s national defense unit and will work to develop acquisition strategies and address space hardware requirements for customers.

The 12-year company veteran most recently served as director of the national security space organization within Ball’s national defense unit and was a program manager for a DARPA satellite program.

Kaufman holds two patents for his work in thermal and system engineering work and holds degrees from both Stanford and Cal Tech. 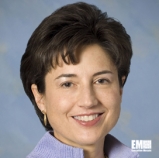 She previously served as SVP, deputy general counsel and chief ethics and compliance officer at AOL.

Del Duca has also led investigations and hearings in a role at the Federal Communications Commission.