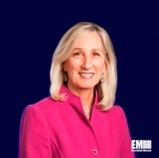 Pamela Little joined CALIBRE Systems as executive vice president and chief financial officer and will serve as a corporate officer and corporate treasurer.

The 30-year finance and operations veteran previously worked for ATS Corp, where she also held the EVP and CFO roles prior to a stint as Co-CEO between 2011 and 2012.

Little will report to Joe Matore, CALIBRE president and CEO. 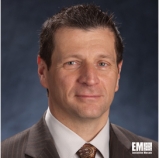 David Dacquino has taken the reins at SkyLink Aviation, joining the Toronto-based aviation and logistics services contractor as president and CEO.

The 30-year aerospace and defense vet succeeds Jan Ottens in both roles and is charged with expanding the geographic reach and the scope of the firms’ services, said Harry Green, SkyLink chairman.

Dacquino is the former CEO of VT Group and served as VP and lead executive of Raytheon Technical Services Company’s integrated support solutions division after a stint as a VP and GM of logistic services with Lockheed Martin. 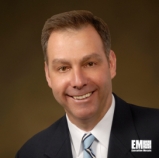 Stephen Nolan assumed the SVP of strategy and business development role at ATK and will formulate corporate strategy and lead all BD activities across ATK.

The seven-year ATK vet previously served as VP and GM of the company’s advanced systems division after holding the VP and deputy GM roles for its aerospace structures division.

The company’s board also elected Jay Tibbets president of its Sporting group, a position he had held on an interim basis since February.

Tibbets has previously served of VP of strategy for ATK Armament Systems and Director of business development for ATK Conventional Munitions. 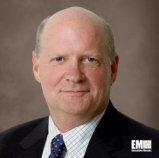 Raanan Horowitz, Elbit president and CEO, said Jellison has been with KMC for more than 25 years.

Jellison served as KMC’s director of BD for the past nine years where he was responsible for securing new business.

“In areas such as optics, microfluidics and sensors, we will look for companies that want to partner with KMC,” Jellison said. 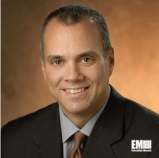 Tom Heiser will lead cloud computing initiatives at EMC after most recently serving as president of RSA, EMC’s security division.

Heiser has been at EMC since 1984 when he was hired as the firm’s 14th employee.

“The explosion of the cloud in all its forms present opportunities and risks for every product category at EMC,” said Art Coviello, RSA executive chairman.

Heiser oversaw EMC’s $2.1 billion acquisition of RSA and served in various executive roles at RSA  since 2008.