A former transportation secretary has stepped into a new, lateral role as chairman of a national coalition that advocates for U.S. infrastructure investments.

Ray LaHood, who led the Transportation Department from 2009 to 2013, will spearhead efforts by the Building America’s Future to work with public leaders on ways to further build up the country’s infrastructure.

LaHood was a prominent advocate of investing in national infrastructure during his time at DOT, a theme former Commerce Secretary Gary Locke has also echoed in his support of a “competitive domestic supply chain infrastructure.”

Infrastructure became a primary point of emphasis for many public sector leaders like LaHood and Locke during their tenures in government, with GovCon firms and their executives in turn bringing resources and knowledge to this effort.

NetApp is one firm driving efforts to help safeguard the country’s energy supply, with five federal and nonfederal utilities choosing late last year to acquire a management tool developed by NetApp and Tripwire.

“Our partnership allows us to provide a full-service offering for energy organizations, including compliance with the upcoming standard, NERC CIP version 5,” said Lee Vorthman, CTO for federal civilian agencies at NetApp.

Bob Smith‘s firm RMF Engineering also actively works with government customers in the space, including through ‘energy modeling,’ the

“If an architect says ‘I’d like to use this type of glass, I want to orient the building so it faces this way, it’s going to be this many stories, I’m going to make it out of this’, we can develop a model, even before anybody draws anything,” Smith said in the interview.

On March 19, the POC will bring together industry and government leaders at the “Federal Critical Infrastructure” summit to discuss how both sides of the table can collaborate to safeguard and build up critical infrastructure in the U.S.

Dr. Harvey Davis, NSA director of installations and logistics, and Dr.Timothy Unruh, director of the Energy Department‘s Federal Energy Management Program, are slated to offer their perspectives to the GovCon executive audience with more speakers being lined up.

David Johnson has been appointed vice president of strategic development and Washington operations at Sterling Global Operations, where he will lead the Reston, Va. office and work to develop a new business pipeline.

Johnson has previously served as an assistant secretary of state, National Security Council spokesman and U.S. ambassador to the Organization for Security Cooperation in Europe.

Johnson, a member of Sterling’s board of advisors since 2011, served as U.S. Afghanistan Coordinator and charge d’ affaires at the U.S. embassy in London earlier in his career. 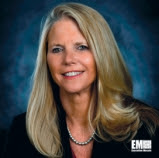 Sotera Defense Solutions has won a $60 million task order to provide engineering and sustainment support to the FBI for the Sentinel case management system.

Deb Alderson, Sotera president and CEO, said the FBI utilizes Sentinel everyday and that the company has been working with the crime fighting agency for the past 10 years.

The company will work with the FBI’s information technology branch, part of the agency’s IT engineering division.

The FBI awarded the work under the Chief Information Officer-Solutions and Partners 3 Unrestricted Government-Wide Acquisition Contract. 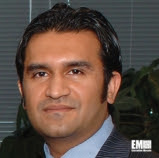 CNSI has won a $60 million task order to build and maintain Salesforce-based cloud applications for the Maryland State Highway Authority.

The company will also manage databases and provide programming services to the Maryland Port Administration.

CNSI has worked with both agencies for more than 10 years.

Jack Reagan has been tapped to join Grant Thornton’s global public sector practice, where he will work with government customers on financial management issues.

Reagan most recently held a two-decade career at KPMG and also worked for CliftonLarsonAllen earlier in his career. 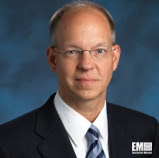 Lockheed Martin has demonstrated a 30-kilowatt electric fiber laser, which was produced through an internal R&D program.

“The high-energy laser serves as the heart of a laser weapon system,” said Dr. Ray Johnson, senior vice president and CTO at Lockheed.

The fiber lasers created a solid beam of light built to use 50 percent less electricity than other laser technologies.