From Jim Garrettson, Executive Mosaic President & Founder
The U.S. military updated industry this week on its efforts to migrate email accounts from across theDefense Department into a private cloud computing platform.

“Our primary focus is to provide a reliable and accessible service for our mission partners, regardless of their geographic location or agency affiliation,” said Paul Crumbliss, DISA’s program manager for the cloud email initiative.
To respond to this increasing demand for cloud platforms, some GovCon firms such as CSC have moved to align their investments and hone their acquisition strategies toward this market.
Falls Church, Va.-based CSC said this week it plans to buy ServiceMesh as part of efforts to further organize enterprise applications for clients so they can run them in different cloud platforms.

“The future of next-generation IT infrastructure will involve a set of multiple clouds utilized simultaneously by enterprises,” CSC President and CEO Mike Lawrie said.
In other cases, prime contractors have partnered with other businesses to complete portions of their projects for agencies.

The Potomac Officers Club resides at the intersection of the public and private sectors by bringing together leaders from both government and industry to discuss how companies and agencies can take advantage of emerging technological trends. 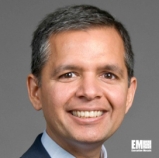 Dr. S Gulu Gambhir has been promoted to corporate CTO at Leidos, where he will lead the company’s technology office and work with science and technology organizations to target investments and to develop and recruit technical talent.

Gambhir previously served as CTO of the company’s national security sector and joined the company in 2009 when it was known as SAIC.

He has also worked for TASC as director of the science and technology operating unit when that business was a part of Northrop Grumman. 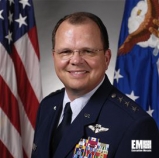 Charles Green has joined the federal health practice of Deloitte as chief medical officer and will also serve as a director for Deloitte Consulting LLP.

The 35-year Air Force veteran and a former surgeon general for the branch most recently served as vice chairman and senior partner at Martin, Blanck & Associates.

As surgeon general, he was the functional manager of the U.S. Air Force Medical Service and worked with other senior Air Force leaders on health issues facing the branch. 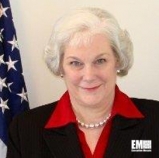 Debra Tomchek has been appointed a vice president at ICF International and will work to help grow the company’s human resource and capital management work for the federal government.

The 35-year government veteran most recently served as executive director of DHS’ chief human capital office, where she helped develop and implement a program on how to create a multi-sector workforce to address mission risks.

“She will be a key to ICF’s continued growth in the federal government market,” said Jeffrey Neal, an ICF senior vice president.

Tomchek has held management roles at OPM, DoD and the U.S. Mint and served as human resources director for two cabinet agencies. 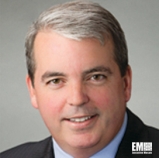 An ASRC Federal business unit has won a $450 million contract to help the Missile Defense Agency manage data centers that are part of the Ballistic Missile Defense System.

“It is an honor and privilege to accept responsibility for helping operate this key national asset that supports the warfighter in defending our nation and our allies against the growing missile defense threat,” Paul Dillahay, ASRC Federal president and CEO. 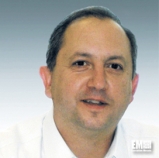 Under the BPA, the companies will deploy a suite of Oracle enterprise performance management platforms to help update HHS’ financial systems.

HHS intends to consolidate its financial reporting, accounting and internal control operations through the BPA.