GovCon firms and their federal counter parts are starting to have more clarity of what the budget picture will look like as a government funding measure is on its way to the Oval Office for signature by the president.
Both the House and Senate approved the $1.1 trillion spending package, also referred to as an “omnibus,” through separate votes respectively held Wednesday and Thursday to give agencies their full fiscal year 2014 appropriations.
Some agency-specific details of the omnibus also came to the surface, as the Pentagon is set to receive $574 billion in base funds for FY 2014 and the VA will get $63.2 billion for the fiscal year.

Against that backdrop, the Potomac Officers Club hosted its “Federal Intel Summit” Thursday for leaders from both sides of the GovCon intersection to discuss growing areas of importance in the U.S. global intelligence posture and how the private and public sectors can improve their support for the nation’s intelligence programs.
Speakers including Stephanie O’Sullivan, the nation’s number 2 intell official, NGA Director Tish Long ,DIA Deputy Director David Shedd  and House Intelligence Committee Chairman Mike Rogers.

The POC will soon bring together industry and government leaders over how to best safeguard and build up domestic critical infrastructure at the “Federal Critical Infrastructure” Summit on March 19.

Dr. Harvey Davis, NSA director of installations and logistics, and Dr.Timothy Unruh, director of the Energy Department‘s Federal Energy Management Program, are slated to offer their perspectives to the GovCon executive audience with many more speakers being lined up.
Prior to that forum, the POC will hostCACI Executive Chairman Jack London for a February 5 special event as he will sign copies of his new book “Character: The Ultimate Success Factor.”
All proceeds from that event will go to CAUSE, a nonprofit organization providing rehabilitation support to wounded warriors. 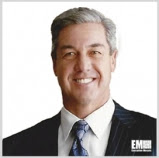 Jerry DeMuro will succeed the retiring Linda Hudson as president and CEO of BAE Systems’ U.S. subsidiary on February 1.

Hudson will serve as an adviser to BAE Systems Inc. through May and will continue to serve on the board of directors until April 2015.

She has been with BAE since 2007, was the first female CEO of a large U.S. defense company and was named as one of Fortune Magazine‘s 50 Most Powerful Women in Business. 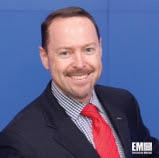 John Hillen has been named an operating partner at McLean, Va.-based private equity firm LLR Partners, where he will develop strategies for the company’s existing companies and evaluate new investment opportunities.

Hillen is the former president and CEO of Sotera Defense Solutions and was recently named to board positions at Software AG Government Solutions and SOS International.

“He has executed the same growth strategies and led businesses through the same challenges that our companies face today,” said Dave Stienes, partner at LLR.

Hillen has previously served as president of CGI Federal and has led American Management Systems’ defense and intelligence business. 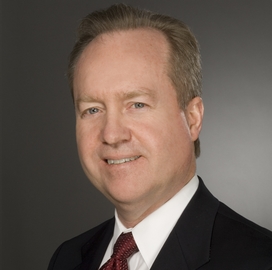 Thomas Kennedy has been chosen to succeed William Swanson as CEO of Raytheon, effective March 31.

Kennedy is a 33-company veteran who helped lead the company’s move from having six business groups to four in his prior role as COO.

Swanson has been with Raytheon for 41 years and will continue to serve as the chairman of the board of directors. 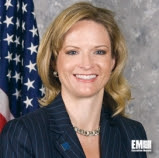 Casey Coleman has been appointed client executive VP for AT&T’s U.S. federal business division, where she will be responsible for delivering offerings to civilian agencies and developing customer relationships.

She most recently served as CIO at GSA, where she helped move the agency’s email and collaboration platform into a cloud computing environment. 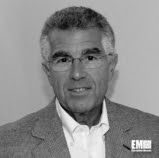 Gil Guarino has been named CEO at Intuative.IT, where he will work to grow the company and its relationship with the federal government.

He most recently served as EVP at Arlington, Va.-based CACI and retired from the company in late 2012 after 10 years there.

“While I could continue to provide advisory services, I felt being responsible for business results would be more satisfying,” Guarino said.

Guarino was AMS’ VP of strategic development for the defense and industrial unit prior to CACI’s acquisition of AMS in 2004.