From Jim Garrettson, Executive Mosaic President & Founder
Industry has received a call from the intelligence community’s research arm to submit ideas for how to develop a supercomputer that uses cryogenic memory and helps agencies manage power and cooling systems.
The Intelligence Advanced Research Projects Agency wants contractors to develop technology for the national intelligence director’s office to later demonstrate under the Cryogenic Computing Complexity program.

IARPA has given developers two thrusts under the program, one for developing and testing memory tools and the other to engineer logic components for the supercomputer.
This program is one of several active initiatives underway inside several federal agencies as they look to acquire and capitalize on new innovations made by GovCon firms.
The U.S. Army Corps of Engineers has announced three sets of contract awards over the course of this year under a 30-year, $7 billion program to acquire new energy sources such as geothermal, solar and wind for military installations.

Siemens Government Technologies and Enel Green Power North America have gone three-out-of-three for wins, with the Corps scheduled to announce winners of the biomass portion of the program sometime this calendar year.
Dr. Ray O. Johnson, Lockheed Martin‘s chief technology officer, discussed the role of innovation within his company earlier in the spring with ExecutiveBiz as part of the

site’s series of spotlight interviews with GovCon thought leaders.
Johnson overviewed the company’s work to meet its dual mission of meeting technological challenges in the short term and to maintain investments in what is coming down the road.
“Some of the areas that we are making investments in for the future include mobility and cloud computing, recognizing that data and decisions are being extended through mobility and that everyone wants to always be connected,” he told our staff.

For more than a decade, the Potomac Officers Club has served as a forum for GovCon and Government decision makers to engage and exchange ideas about future innovations and ongoing transformations in the public sector.
The POC’s next breakfast event onSept. 26 will feature Pentagon CIO Teri Takai, the woman who leads the Pentagon’s moves to bring new technologies to our military and the department’s enterprise-at-large. 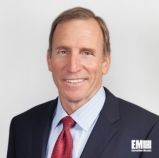 Joe Kernan has been appointed VP of business development at SAP NS2, where he will advise customers on national security and technology.

“Admiral Kernan is one of America’s most highly respected commanders, warfighters, and leaders,” said Mark Testoni, president and CEO of SAP NS2.

Kernan, a 36-year military veteran, became commander of the Naval Special Warfare Command in 2007 and has also led the Fourth Fleet. 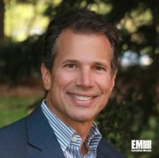 Ron Police has also taken an executive position at SAP NS2 after previously serving as VP of Apple Government.

The more than 25-year IT veteran served as SVP of higher education and healthcare sales and VP of DoD and intelligence operations at Oracle before joining Apple in 2004.

Police, a 17-year Oracle veteran, was also SVP of sales for Oracle Services Industries and VP of state and local government sales during his time there.

A Penn State alumnus, Police has established an Education Trustee Endowment for the University’s College of Information Sciences and Technology. 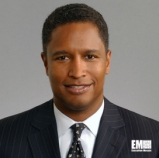 ohn Harris has been named CEO and VP of business development at Raytheon International and will be responsible for business strategy, government relations, sales and marketing.

He is a 30-year Raytheon veteran and most recently served as GM of the company’s intelligence, information and services business.

“As our company continues to expand internationally into both new and existing markets, our business development and international operations are at the center of our global growth strategy,” said William Swanson, Raytheon chairman and CEO. 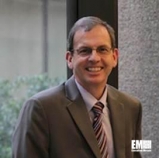 Richard Sears has been promoted to VP of technology at IntelliDyne, where he will be responsible for driving business innovation and providing clients with technology for business operations.

The 20-year IT veteran has previously held roles in software and technology development, network management and help desk support.

“As we continue to build and grow the company towards the future, we’re proud to promote management talent from within,” said Tony Crescenzo, IntelliDyne CEO.

Indus Wins $80M for Library of Congress IT Services 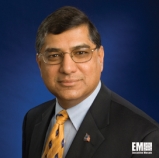 INDUS Corp. has won an eight-year, $80 million IT services contract to support the Library of Congress.

“Since the Library is open to the American public 363 days of the year, INDUS’ professionals are proud to be part of this great American resource and tradition,” said Shiv Krishnan, INDUS CEO.

The company will operate the LOC’s ITS service desk, help run audio and video equipment during events, manage networks and servers and support software applications.