From Jim Garrettson, Executive Mosaic President & Founder
Intelligence functions at the Defense Department will operate under a new structure starting Jan. 6 as the Pentagon realigns the roles and responsibilities of its intelligence leadership team.

Marcel Lettre, principal deputy defense undersecretary for intelligence, announced Thursday that three deputy undersecretaries will see their job titles changed to “directors for defense intelligence” and that a fourth director will be appointed to the team.
“We looked across our organization and found pockets of expertise that were focused on these issues, particularly in the cyber arena, and… are moving toward pulling them all together into this new DDI,” Lettre said.
Once hired, the fourth director will oversee cyber operations and other related programs at NSA, NGA and DIA‘s science and technology directorate.
Government leaders such as Lettre are responsible for putting our armed forces at the forefront of the intelligence battle, while counterpart executives in the GovCon sector are in turn working to position their firms for future growth in this arena.

CACI International took one step in that direction earlier this fall making what Executive Chairman Jack London called the company’s “largest ever” acquisition, an $820 million buy of Six3 Systems.
“With this acquisition, we are investing in the advanced intelligence, situational awareness, and cybersecurity capabilities that are essential to safeguarding our country, as well as the intelligence operations and C4ISR capabilities that serve and protect our military forces,” Ken Asbury, CACI president and CEO (above), said at the time.

Public-private partnerships are also increasingly playing a role in cyber intelligence with both government and industry having roles to play in securing the nation’s critical infrastructure, according to Mike Brown of RSA.
Brown, VP and GM of the global public sector at the security arm of EMC, highlighted how greater information sharing can help in this effort when he spoke to ExecutiveBiz in November for an executive spotlight, the site’s long-running series of interviews with GovCon thought leaders.
“Both the private sector and the government really need to be working together in a real operational information sharing partnership to be able to be successful against those adversaries,” Brown said.

The Potomac Officers Club has for 11 years offered public and private sector leaders an exclusive forum to share ideas on how to stay ahead of the evolving technology and business landscapes in GovCon.
POC will launch its 2014 series of collaborative events on January 16 with an executive-only breakfast event focused on the intelligence community: the “Federal Intel Summit.”

Click the button at the bottom to register now for a front-row seat to hear from government leaders such as House Intelligence Committee Chairman Mike Rogers and NationalGeospatial-Intelligence Agency Director Tish Long, both of whom are returning to POC for a second time.

Juan Zarate, a senior adviser at CSIS and the first person to serve as assistant treasury secretary for terrorist financing and financial crimes, will also lend his perspective to the executive-only crowd. 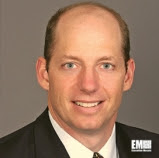 John Heller has joined Arlington, Va.-based contractor PAE as that company’s first CEO since its spinoff from Lockheed Martin.

Heller, formerly SVP and COO at Engility, was part of the executive leadership team that helped the company transition from being a part of L-3 Communications into an independent company.

Mike Dignam, who has served as president at PAE since 2010, will continue in his role and report to Heller. 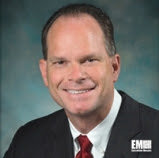 Chadwick, a 31-year company veteran, most recently served as president of Boeing’s military aircraft division and will begin his new role on Dec. 31.

As part of his promotion, Muilenburg will also hold the titles of vice chairman and president and will move to Boeing’s headquarters in Chicago. 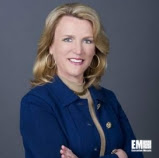 Deborah Lee James has been confirmed by the Senate as the next U.S. Air Force secretary and is scheduled to be sworn later this month.

James most recently served as president of SAIC’s technical and engineering sector before being nominated as the second-ever female for the Air Force’s top civilian role.

“My goal would be to leave our Air Force some years from now on a path toward greater capability and better affordability for our taxpayers, and with the people who underpin everything who are second to none,” James said. 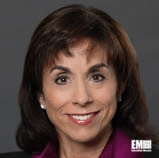 Stacy Schwartz has been promoted to VP of public safety at AT&T Government Solutions, where she will work with the departments of State, Homeland Security and Justice.

Girardi has been with the company since 2002 and most recently served as executive director for DoD sales. 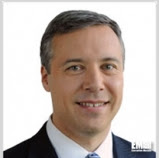 Horacio Rozanski will take on the additional capacity of president at Booz Allen Hamilton, along with his current role as COO.

“Horacio has served as Booz Allen’s chief operating officer since 2011, and the position of president reflects his success as COO, and his ongoing leadership of the firm’s next-generation business strategy,” said Ralph Shrader, chairman and CEO.

Rozanski, a 21-year Booz Allen veteran, will continue to work with the executive team to execute the firm’s business strategy. 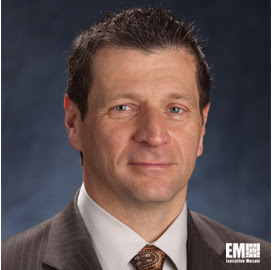 SkyLink Aviation made a move to increase its volume of freight forwarding work by joining the partner network of ICAT Logistics, which includes more than 100 companies around the world.

David Dacquino, SkyLink president and CEO, said as his company is “in the urgency business,” the ability to deliver sensitive cargo of any size to remote locations is key.