From Jim Garrettson, Executive Mosaic President & FounderThis morning, the Potomac Officers Club had the honor of hosting Teri Takai for an interactive breakfast event, where the Defense Department CIO and more than 100 GovCon leaders engaged in a wide-ranging conversation on the next generation of theDefense Department‘s technology and missions.Unlocking these innovations and getting them into the hands of warfighters is a long-standing initiative that GovCon leaders have been at the forefront of.

Government and industry leaders like Takai face the challenge of integrating new technologies into the public sector under unprecedented pressure to make every dollar count in an environment of sequestration and continuing resolutions, among other fiscal uncertainties.

As a follow-up to May’s Post-Sequestration Summit, the Potomac Officers Club will this fall return to hone its focus on the finances of government with the “FY 2014 Finance Strategy Summit” Oct. 29.
Respected industry analysts Jim McAleese and Pierre Ciao will return and other confirmed speakers

One era will close and another willbegin on Friday when SAIC changes its name to Leidos and spins off its enterprise information technology and technical services business, which will adopt the SAIC name after the separation.

Executive Mosaic‘s media team has chronicledthe important decisions at the iconic GovCon firm such as the structure of each independent company, the markets they will pursue and the executive leaders charged with leading the businesses to new growth.
Both Leidos and the new SAIC will begin trading on the New York Stock Exchange Monday.

John Hillen Appointed Chair of SOS International’s Board of Advisers 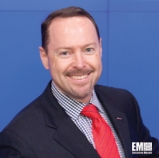 Hillen most recently served for four years as president and CEO of Sotera, also served as president of CGI Federal and led the defense and intelligence business at American Management Systems.

In addition to his industry roles, Hillen served as assistant secretary of state for political-military affairs from 2005 to 2007. 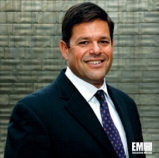 Alan Weakley has been appointed president of Sterling Global Operations, where he will help lead a 3,500-employee mission support provider.

Matt Kaye, SGO CEO, said Weakley brings experience in leading organizations to his new position as the company works to grow its operations and international footprint.

Siemens to Help Coast Guard Base Use Energy Conservation Methods 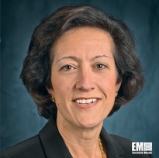 Siemens Government Technologies has won a $5.3 million task order to update heating and air condition systems for an energy conservation project at a Coast Guard base.

The Coast Guard intends for the energy conservation efforts to generate $540,000 in savings per year at the base. 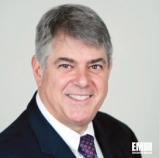 The Falls Church, Va.-based nonprofit helped the FBI implement a new development methodology in 2010 and move to Sentinel in 2012.

The organization will also provide technology and methodology services to the FBI under the task order. 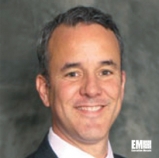 SRA International has won a $56 million contract extension to continue providing IT services to the Navy’s sealift command.

The company will conduct logistics and warehouse services and also help train C4 personnel under the three-year award.

George Batsakis, SVP of SRA’s defense group, said the company works with the command to carry out operational communications.