The Defense Information Systems Agency extended a deadline until Nov. 19 for contractors to bid on a potential $427 million contract covering cloud storage services for classified and non-classified data.
As agencies such as DISA cast their wide nets to the GovCon sector for new technologies, one agency, the U.S. Postal Service, went directly to industry earlier this year for help to build a cloud-based credentialing system for all federal agencies.

Within the world of biometrics, the Intelligence Advanced Research Projects Agency wants to innovate a tool that validates a person’s identity through representations of their skeletal and musculature features.
Six3 Systems, the McLean, Va.-based security contractor CACI International has agreed to acquire for $820 million, is among the many GovCon firms working to advance identify verification technologies for federal agencies.
Michael Zembrzuski, EVP of Six3’s intell solutions group, offered up a prediction on what the future could hold in a conversation with ExecutiveBiz last year.

“I think in the future, for instance, you’ll be able to walk into a department store, be recognized biometrically and shopping choices presented to you based on visual recognition or gait recognition, and they may take an app and download it to your handheld,” Zembrzuski said.

The Potomac Officers Club has honed its focus within the past year on next-generation technologies in the federal enterprise and how industry can work with agencies to stay at the forefront of innovation with tools such as mobile devices and big data.
“Cloud Computing & the Federal Government,” POC’s upcoming next-gen tech forum, will feature speakers such as David McClure, associate administrator of GSA‘s citizen services and communication office communication office; Michele Weslander-Quaid, federal CTO and innovation evangelist at Google; and John Pescatore, director of emerging security trends at SANS.

John Hynes Steps Up to President, CEO at TASC 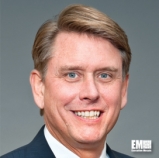 John Hynes has elevated to president and CEO at TASC, nearly a year after he was promoted to the chief operating officer role from the SVP ranks.

The 13-year company veteran returned to TASC in 2011 to serve as SVP of the defense and civil group and previously worked there from 1990 to 2001, having started as a civilian analyst.

Hynes served as an SVP at SAIC and ManTech before rejoining TASC. 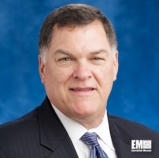 Mark Skinner has been named a VP and deputy of business and advanced systems development at Northrop Grumman, where he will represent the aerospace systems sector to the government relations management team and lead the sector’s presence in Washington.

The 36-year military veteran most recently served as principal military deputy to the assistant navy secretary for research, development and acquisition.

“Mark built a career in the Navy that has resulted in a deep understanding of our customers’ needs,” said Bob Burke, Northrop sector VP of business and advanced systems development.

Skinner was also a program executive officer for the Navy’s tactical aircraft programs and an assistant commander at Naval Air Systems Command.

General Dynamics IT to Update Firewalls for the Air Force 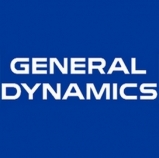 The Air Force awarded the order under its NETCENTS contract vehicle.

Charlie Plummer, vice president and general manager of General Dynamics Information Technology’s IT solutions sector, said the business has worked with the Air Force’s cyber infrastructure for more than 20 years.

Work will occur at General Dynamics facilities in Needham, Mass. and Oklahoma City.

Leidos Wins $442M to Maintain Security Equipment for the TSA 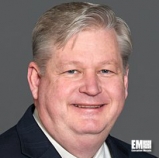 Leidos has won a potential $442 million contract from the TSA to manage and sustain more than 11,250 government transportation security tools.

The Reston,Va.-based company will perform work at nearly 448 airports and other government sites under the contract.

GTRI to Help Install Voice Comm Network for the Dept. of Veterans Affairs 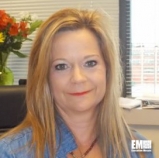 Global Technology Resources Inc. has won a task order from the Department of Veterans Affairs to install a new infrastructure for the enterprise voice communications network.

The Denver- based company will send out a team to work on the voice, data and Internet service technologies.