From Jim Garrettson, Executive Mosaic President & Founder
We were all hoping for last minute salvation from this week’s federal government shutdown. Unfortunately, there were no red capes available.

While the most significant impacts are yet to be felt, companies are already feeling the brunt and uncertainty of such a staggering occurrence to the world’s largest budget.
Foremost industry analyst Jim McAleese (below), founder and principal of McAleese and Associates, noted in a recent report that half of theDefense Department‘s 800,000 civilians will be subject to unpaid furloughs.
Contractors fulfilling work funded in 2013 should feel less of an impact, McAleese writes, but some coordination and work with government counterparts will be impaired.

“Vendors working on contracts with funds obligated prior to the lapse in fiscal ’13 or earlier funds could continue to work, assuming government personnel are available to provide any needed supervision,” McAleese states.
“And, they could be paid for that work, but during the period of the lapse, we can’t sign new contracts or extend old ones unless they’re directly in support of excepted activities.”
One source of good news for GovCon firms came this week when a Pentagon spokesman disclosed that contract awards for certain types of equipment and services would be made if those funds have been appropriated for previous fiscal years.
Lt. Cmdr. Nate Christensen said those awards will be made public once the government’s doors open again.
McAleese provided in depth analysis and perspective on the other budget-related shadow, sequestration, at thePotomac Officers Club‘s “Post-Sequestration Summit” in May.
He spoke alongside DoD leaders Robert Hale, the

Ciao and McAleese will return to POC Nov. 7 for the “FY 14 Finance Strategy Summit” to offer the executive-only forum their perspectives on the implications for industry of the current and projected federal financial landscape.

The summit’s other high-profile speakers include Christine Fox(above), now a senior adviser at Johns Hopkins APL and the Pentagon’s former cost assessment chief, and Harry Hallock, the Army’s deputy assistant secretary for procurement. 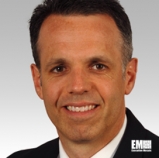 Michael Maiorana has been appointed senior vice president of public sector markets for the enterprise solutions business at Verizon.

The 23-year company veteran most recently served as president of the Washington-Baltimore-Virginia region at Verizon Wireless and succeeds 39-year telecom veteran Susan Zeleniak.

Maiorana has also been VP of national government sales and operations at Verizon Wireless.

He is currently serving his second term on the board of directors of the Northern Virginia Technology Council. 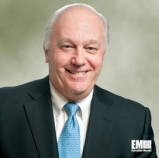 MAXIMUS will operate a customer contact center for the Education Department’s Federal Student Aid office under a potential 10-year, three-month contract worth up to $848 million.

“This contract underscores our efforts to extend our core offerings, such as citizen engagement, customer contact centers and case management, to a wider set of agencies and adjacent programs,” said Richard Montoni, MAXIMUS CEO.

MAXIMUS will also operate a correspondence intake facility, a unit for responding to borrowers’ inquiries and a financial transaction processing center. 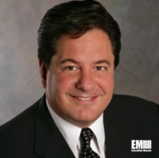 He most recently served as a practice lead at PwC, where he led the firm’s privacy and identity theft practice. 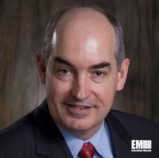 The TALON IV robots are designed to detect improvised explosive devices and are built at QNA’s facility in Waltham, Mass.

There are more than 4,00 of the robots currently in use worldwide and they are also intended for reconnaissance missions. 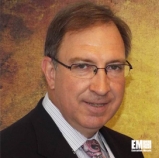 Matthew Worrick has become vice president of contracts at Whitney, Bradley and Brown and will work to develop, manage and execute contracts for customers’ product and service requirements.

Worrick also spent 13 years in the public sector and engaged in procurement and contracting work for the Army Corps of Engineers, Defense Mapping Agency and National Imagery and Mapping Agency.