Federal infrastructure at public buildings could get a makeover as the omnibus spending bill signed into law last week gives the General Services Administration $9 billion to refresh public facilities.

GSA also is intent on reducing the amount of real estate rented or owned by the federal government and will seek to consolidate space in existing buildings with the funds.

Dan Tangherlini, agency administrator, said investing in public buildings is one of many tools GSA has at its disposal to help support economic and job growth.

Many leaders in business and government have made infrastructure a higher priority on their agendas, with executives at GovCon firms being called upon frequently to lend their expertise in this area.

Mark Gerencser, current CyberSpa board chairman, spent time during his nearly three-decade career at Booz Allen “re-imagining” infrastructure in the U.S.
Gerencser found that “only with (a singular national vision for infrastructure) can we devise an integrated policy that spans government bureaucracy silos and enables key stakeholders (business, government, civil society) to operate in alignment,” he said.

Cora Carmody, Jacobs’ CIO and SVP for global IT, told ExecutiveBizshe saw the power of collaboration first-hand when Jacobs worked on a state IT project for a toll system, which required additional problem solving for its architecture.

On March 19, the POC will bring together industry and government leaders at the “Federal Critical Infrastructure” to discuss how both sides of the table can work togteher on safeguarding and building up the country’s critical infrastructure.

Dr. Harvey Davis, NSA director of installations and logistics, and Dr.Timothy Unruh, director of theEnergy Department‘s Federal Energy Management Program, are slated to offer their perspectives to the GovCon executive audience with many more speakers being lined up.

Before that event, the POC will hostCACI Executive Chairman and longtime stalwart Jack London for a February 5 special event as he will sign copies of his new book “Character: The Ultimate Success Factor.”

All proceeds from that event will go to CAUSE, a nonprofit organization providing rehabilitation support to wounded warriors. 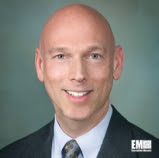 Leff most recently served as managing director of Accenture Federal Services’ civilian health portfolio and led programs under the Department of Health and Human Services umbrella.

Leff, a 14-year Lockheed Martin veteran, joins a team that has seen the additions of Chris Smith and Casey Coleman within the past two months. 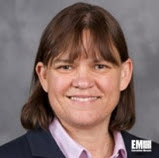 Tracey Haslam has been promoted to president of Harris CapRock Communications and will oversee satellite and terrestrial communications services for energy, government and maritime clients.

Haslam joined Harris from Honeywell where she served as VP of strategic markets for the process solutions business. 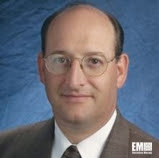 CAE has won a contract to develop a training system Italy’s air force intends to use for simulating a General Atomics-built Predator UAV while in flight.

The training simulator will be used to provide initial and mission training for pilots and sensor operators. 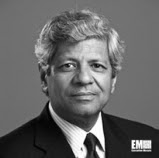 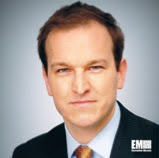 Brian Moran has been named president of EU and NATO relations at Boeing, where he will represent the aerospace company at the European political bodies.

He most recently led Boeing International’s business in Northern Europe and speaks English, German and French.

Shep Hill, Boeing International president and SVP of business development and strategy, said Moran will work with the EU to advance industry-wide environmental performance initiatives in his new role.