From Jim Garrettson, Executive Mosaic President & Founder
Modern technology and information networks have brought new players into warfare and given them the opportunity to cause worldwide disruption, says a new report co-authored by CACI International and the Center for Security Policy.

“Combating Asymmetric Threats: The Interplay of Offense and Defense” highlights the role technology plays in changing the balance of conflicts and ideas for how the U.S. can harness modern innovations to its advantage in the battlefield.

Peter Daly (left), the Naval Institute‘s CEO and a retired vice admiral, says the idea of hitting enemies when they are weak has been around for a long time but the nature of those actions has radically changed.
“What is new is the modern world’s degree of globalization and interconnection, and the speed and reach of attacks in arenas far beyond the battlefield,” the former deputy Fleet Command head says.
Situational awareness is one battlefield domain that has received great attention from the military as GovCon firms work to innovate and deliver generation solutions and give warfighters the technological edge in battle.
The Navy has this year alone awarded three contracting vehicles worth nearly $900 million each for C5ISR technologies and services, with one awarded to 14 contractors in April, another handed to 15 firms in May, and one awarded to 13 companies in July.
The Potomac Officers Club‘s two most recent events featured government and business leaders from the worlds of mobility and big data, offering a unparalleled forum for executive leaders to share ideas on how to leverage these pioneering innovations to execute military and agency missions.

POC’s next breakfast event on Sept. 26 will feature Pentagon CIO Teri Takai, the leader at the forefront of putting next-generation technologies in the hands of warfighters that counter asymmetric threats every day. 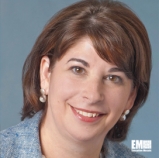 She joins the McLean, Va.-based contractor from AECOM Technologies, where she led a team of 55 attorneys and others as general counsel.

Laben also worked in the law department at IBM, then served as deputy general counsel at Accenture before joining AECOM Technologies.

Robert Osborne is retiring from his roles as EVP and general counsel for Booz Allen, which he joined in April 2010. 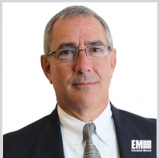 Mark Bruno has elevated to VP of TASC’s global systems business unit and will lead a team of technologists and engineers that provide technical services to intelligence customers.

The 20-year company veteran has held roles that include space systems engineering, systems development and program management since joining the Chantilly, Va.-based company.

Al Pisani, SVP of TASC’s intelligence group, said Bruno has 30 years of industry experience and will lead several programs in his new role. 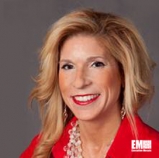 Manish Parikh and Joanna Cangianelli, both Lockheed Martin veterans, have been appointed to VP roles within the intelligence and security sector at BAE Systems Inc.

During his two decades at Lockheed, Parikh held IT management and software development roles and most recently served as a deputy VP and operations director.

Cangianelli is a 17-year Lockheed veteran who most recently served as capture manager for the IS&GS-defense division, where she led capture of a $4.6 billion DISA contract in that role. 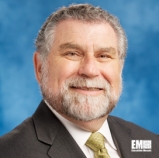 Harvey Nathan has become assistant general counsel for government contracts and relations at Northrop Grumman and will provide legal counsel to several organizations.

The 30-year Navy and Defense Department civil service veteran most recently served as VP of contracts at EADS North America. 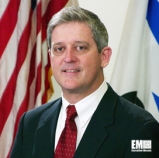 Raymond Duquette has been named president and general manager of CAE USA, a subsidiary of the aerospace technology manufacturer.

Duquette is a retired Marine Corps colonel and Boeing veteran and succeeds John Lenyo in the leadership role.

Gene Colabatistto, CAE group president of military products, training and services, said Duquette built relationships with customers and gained knowledge of the defense market over the course of his career.

Duquette retired from the military after 29 years as a fighter pilot and Marine Corps reserve officer.