Federal agencies and their GovCon partners could breath a sigh of relief soon as the leaders of the House and Senate Budget Committees reached a deal late Tuesday night on a plan to roll back some of sequestration’s mandatory cuts.

If passed by Congress and signed by the president, the two-year agreement would eliminate $63 billion from the sequester for all federal agencies in fiscal years 2014 and 2015.

The Defense Department, which would get $520 billion in base FY 2014 spending under the deal, in particular would find good news in this deal, according to Lexington

“What the sequester relief does is, in effect, reduce the cut to the Pentagon’s base budget in half,” Thompson says.

John Pranzatelli (right), president of missile contractor MBDA Inc., toldExecutiveBiz earlier this year the changing budget picture means each competition is of heightened importance to his and other contracting firms.

“We’re in an environment where individual programs have more pressure, where competition’s tougher, and where the customers, our customers, have heavier challenges. I don’t really see that changing with the defense budget shrinking,” Pranzatelli said.

The Potomac Officers Club has given public and private sector leaders an exclusive forum for nearly a decade to navigate and stay ahead of change in the GovCon sector.

POC will launch the new year of collaborative events on January 16with an executive-only breakfast event focused on the intelligence community: the “Federal Intel Summit.”

Register now for a front-row seat to hear from government leaders such as House Intelligence Committee Chairman Mike Rogers and National Geospatial-Intelligence Agency Director Tish Long (on left), both of whom are making their second appearances at POC.

Dawn Meyerriecks, deputy director of the CIA‘s science and technology directorate; and Juan Zarate, a senior adviser at CSIS and the first-ever assistant treasury secretary for terrorist financing and financial crimes (on right), will also lend their insights to the executive-only crowd.

Pat Burke has been selected to serve the first-ever CTO in SRA International’s history as the company consolidates its four business groups into two.

The 20-year company veteran most recently served as the president of the intelligence, homeland security and law enforcement group, which is joining with the defense group to form the new George Batsakis-led national security group.

“We have aligned our business to better meet the needs of our federal customers who are operating in a dynamic environment that continues to include significant budget constraints,” said Bill Ballhaus, SRA president and CEO.

Paul Nedzbala will lead the health and civil group, which incorporates the previous civil government and health groups. 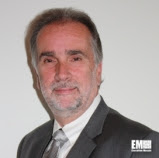 Paul Gentile has been appointed SVP of ManTech’s cyber solutions business unit, where he will work to grow the company’s cyber and support portfolio for federal agencies.

Gentile previously served as SVP and deputy business unit GM for SAIC’s integrated systems group, where he led a team of nearly 3,400 employees.

“His knowledge of the cyber mission and associated technologies will support ManTech‘s efforts to significantly enhance our cyber support to the Intelligence Community and other federal agencies,” said Bill Varner, ManTech MCIS group president.

Gentile served as VP of technical services at Raytheon before joining SAIC. 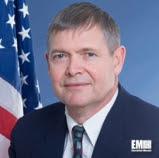 Michael Ryschkewitsch has been named space sector leader at Johns Hopkins University Applied Physics Laboratory, where he will be responsible for NASA and military space science programs.

He currently serves as the space agency’s chief engineer and is also a former deputy director for the Goddard Space Flight Center.

During his NASA career, Ryschkewitsch has worked on programs such as the cosmic background explorer, swift gamma ray burst and the Terra satellite. 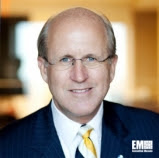 David Walker will retire from his CFO role at MAXIMUS when the Reston, Va.-based contractor appoints his successor.

Walker has served in the firm’s top finance role for seven years and will move into an advisory role supporting CEO Richard Montoni.

“During his tenure with MAXIMUS, his contributions included partnering with business leaders to improve the overall efficiency of their operations and drive margin expansion,” said Montoni.

Walker was named Washington Business Journal’s “CFO of the Year” for 2013 and the 25-year financial management veteran served as VP and corporate controller at BAE Systems earlier in his career.

ASRC Federal Subsidiary to Maintain Data for the Census Bureau 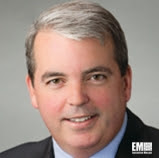 ASRC Federal InuTeq has won a contract to help the U.S. Census Bureau update, check and maintain the agency’s data for the 2020 census.

Paul Dillahay, president and CEO at ASRC Federal, said the company will help the agency with maintenance support and data quality control.

One of the databases the company will help with is the master address file, which is designed to track where U.S. citizens live and work.