As the federal government moves toward a more normal posture of operations after being shut down for 16 days, many agencies have returned to the business of looking to GovCon firms for next-generation technology tools.

Cloud computing innovations continue to drive federal procurement priorities and the General Services Administration and U.S. military both took steps this week toward migrating into cloud environments.
GSA awarded IBM a potential five-year contract to build a cloud-based platform that the agency will use to process orders from other federal government agencies.

IBM will base the system on itsSmartCloud for Government and aims for it to help GSA monitor suppliers and analyze ordering trends.
“The GSA is showing tremendous leadership for other government agencies by moving their order management system to the cloud,” said Anne Altman(left) GM of IBM’s U.S. federal business.

Microsoft‘s U.S. public sector VP Curt Kolcun (right) announced this weekthat his company and Dell will make 50,000 Office 365 licenses available to all Defense Department components.
The Office tools include cloud-based email and calendar functions, as well as collaboration platforms such as SharePoint.
That announcement comes soon after Microsoft unveiled plans to deploy a cloud environment designed exclusively for use by all levels of U.S. government.
“All DoD services, agencies and mission partners will be able to use an on premises, cloud or hybrid solution to best meet their needs,” Kolcun says.

The Potomac Officers Club resides at the intersection of the public and private sectors by bringing together leaders from both government and industry to discuss how companies and agencies can take advantage of emerging technological trends. 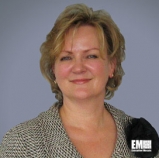 Sullivan previously served as EVP of BD at ManTech and prior to that as VP for defense, space and secured infrastructure at Bechtel National.

The 27-year industry veteran joins former ManTech COO Larry Prior, who earlier this year was appointed VP and general manager of CSC‘s defense and intelligence group.

Sullivan worked at EDS for 17 years to begin her career and later served as a sector VP for BD at Northrop Grumman. 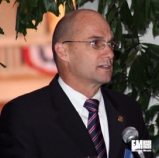 Thomas D’Agostino will now serve as SVP of strategic planning and development for Fluor’s government group.

He retired from the National Nuclear Security Administration after six years as administrator and comes to Fluor following the announcement of Bill Bodie as SVP of BD for the government group.

The 36-year government veteran has also served as deputy administrator for defense programs at NNSA, where he led three research laboratories and four production plants.

D’Agostino, a former naval submarine officer, was previously a staff member for the Navy inspector general and the deputy chief of naval operations for submarine warfare. 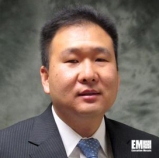 Doyle Choi has joined the civil government group at SRA International as VP of growth, where he will lead a team of BD, capture and proposal professionals.

The 17-year Northrop Grumman veteran held a number of roles at the Falls Church, Va.-based company such as chief technology officer, director of technology solutions and BD director.

Choi worked at NASA’s Goddard Space Flight Center and the National Institutes of Standards and Technology prior to joining Northrop. 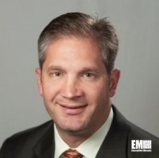 DISA awarded the Enhanced Mobile Satellite Services contract with the goal of helping DoD leverage Iridium Next, the company’s $3 billion satellite constellation scheduled to launch in 2015.

“We expect the DoD‘s needs for satellite communication services will continue to grow over the next five to 10 years, said Scott Scheimreif, EVP for government programs at Iridium. 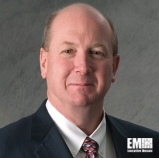 CACI will work with the Defense Department to develop engineering systems that generate mobile electric power under a $22 million prime contract.