From Jim Garrettson, Executive Mosaic President & Founder
The agency that landed man on the moon nearly five decades ago started the next phase of its work to enter the next generation of humanspace exploration.
NASA plans to award the next round of contracts for its Commercial Crew Program by 2014, moving forward its efforts to reboot manned space missions and continue the agency’s collaborations with industry partners on travel to and from the International Space Station.

“Our American industry partners have already proven they can safely and reliably launch supplies to the space station, and now we’re working with them to get our crews there as well,” said Charles Bolden, NASA administrator.
The space agency has increasingly looked to GovCon firms such as Boeing for help to build the next generation of vehicles and related technology for travel to the next frontier.
Roger Krone, president of Boeing Network and Space Systems, is leading his company’s initiatives to help NASA leverage commercial innovations in sending humans back into space.

Upon his introduction into the Washington 100 — Executive Mosaic‘s list of the premier GovCon leaders that drive innovation in the public and private sectors — Krone described his company’s goal to launch its Commercial Crew Capsuleinto space by 2016.

Krone told EM’s staff that Boeing will build its innovation in the works, the Space Launch System, to “reach beyond the ISS to places like the moon and Mars eventually.
“The possibilities for what we can do in space are limitless.”

Lockheed Martin SVP & CIO Ray O. Johnson described to ExecutiveBiz the role of the 1960s-era space program in keeping the U.S. at the forefront of innovation in anexecutive spotlight, Executive Mosaic‘s series of interviews with GovCon thought leaders.
Johnson told our staff the company is among many other GovCon firms tasked with identifying the next generation of STEM workers and described the goals of industry, government and academia for this effort.
“We’re committed to working with these constituencies to make sure that we raise the level of what it means to be a scientist or an engineer—raise it to a level of celebrity similar to that of athletes or movie stars.”

The Potomac Officers Club has zeroed in on next-generation technologies within the federal enterprise over the past year by holding forums that gather public and private sector leaders to share ideas of how they can collaborate and innovate in areas such as big data and mobile device usage.
“Cloud Computing & the Federal Government,” POC’s upcoming next-gen tech breakfast event, will feature speakers such as David McClure, associate administrator of GSA‘s citizen services and communication office communication office; Michele Weslander-Quaid, federal

CTO and innovation evangelist at Google; and John Pescatore, director of emerging security trends at SANS.We are also excited to announce the addition of a fourth speaker for this important seminar: Keith Trippie, executive director of the DHS Enterprise System Development Office and the official responsible for developing the department’s strategies for cloud computing and enterprise systems applications.

Scott Webster to Succeed Jerry Agee as MBDA’s US Chief 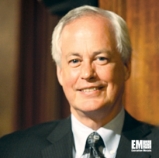 Scott Webster has been appointed chairman, managing director and CEO of the U.S. arm of MBDA Group and will succeed Jerry Agee this month.
Webster is a co-founder of Orbital Sciences, where he served as chairman and CEO of the Dulles, Va.- based company’s satellite services subsidiary and on the company’s board of directors since the company was stood up in 1982.
Agee has led MBDA Inc. since 2009 and held leadership roles at Northrop Grumman for more than 20 years prior to MBDA.
His positions at Northrop included corporate vice president and president of the mission systems sector. 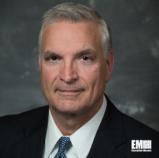 Tom Nixon has been promoted to the executive vice president ranks at SRA International and will serve as chief growth officer for the company.
Nixon, who joined the Fair Lakes, Va.-based contractor in 2012 from SAIC, will continue in his other role as health group SVP on an acting basis.
Bill Ballhaus, SRA president and CEO, said Nixon is a 25-year veteran of the federal contracting industry.
Nixon served as VP of marketing and business development for SAIC’s defense solutions group and held the SVP and GM roles at BTG’s technology systems division prior. 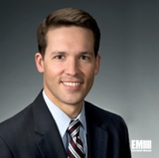 Sean Berg has been selected to lead Dell’s business team focused on the Defense Department in one of three moves within Dell Federal’s leadership team.
Ray McDuffie will lead sales to the intelligence community and Tracy Pavillard will head the civilian sales organization.
While Berg will work to bolster Dell’s relationship with the Pentagon, McDuffie will try to win work with U.S. intelligence customers.
Pavillard has worked to grow Dell’s federal channel sales program since she joined the company in 2004. 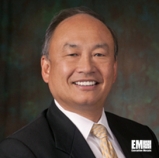 Harry Lee has elevated to Northrop Grumman’s VP of corporate contracts, pricing and supply chain management and will work to develop policies and processes for contracting.
The 27-year company veteran previously served as VP of contracts, pricing and program business operations for the company’s aerospace systems sector.
“He has worked with a wide variety of government customers and covered numerous phases of the acquisition life cycle,” said James Palmer, Northrop CFO and corporate VP.
Lee worked for G&H Technology and Hughes Aircraft Company before joining Northrop Grumman.