From Jim Garrettson, Executive Mosaic President & Founder
The federal government shutdown is in the midst of its second week and as rumblings of negotiation have started to come out of Washington, the situation for government officials and contractors remains uncertain as we approach hitting our national debt ceiling.

Some civilian employees at theDefense Department and the CIAeither are returning to work or will soon report back to their desks and some affected contractors in turn are starting to do the same.
Full-strength government or not, contractors are remaining true to their forward-leaning roots and continuing to sow the seeds of the innovations that will drive the next generation of private-public partnerships.
Microsoft has made two recent moves on that front, gaining certification to build and manage cloud applications for federal agencies through a provisional authority-to-operate certificate under the governmentwide FedRAMP program.

Susie Adams (left), the company’s federal chief technology advisor, alsoprovided insight into the company’s roll out a of a cloud computing environment for data, applications and infrastructure exclusively tailored for U.S. government agencies.
“FedRAMP builds upon the existing baseline security controls in place today, adding a standardized approach to security assessment, authorization and continuous monitoring for cloud services,” Adams says.
In-Q-Tel, the intelligence community’s venture capital arm, also invested in two next-gen technology startups within the past month in moves to bring cloud-based data software and new mobile tools into the government enterprise.
AppThwack works with mobile application developers to both make and test their apps, while Socrata creates software that works to bring raw data in from many sources and turn that data into visual reports, dashboards and maps.

“Our focus with open data has always been to develop innovations that make enterprise data useful for the other 99% of users who are not data scientists by training,” said Kevin Merritt (right), founder and CEO of Socrata.

Sitting at the intersection of government and business, thePotomac Officers Club is following its successful big data and mobility summits with a newnext-generation technology event that will bring industry and public sector leaders together to discuss the future of cloud computing in the federal government and the role GovCon firms play in agency cloud migration. 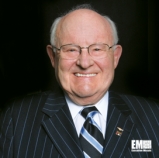 CACI has inked a deal to purchase Six3 Systems from GTCR for $820 million in a move to bolster CACI’s cybersecurity, intelligence and C4ISR portfolios.

“The acquisition of Six3 Systems is the largest in the company’s long and successful track record of more than 55 acquisitions,” said Jack London, chairman of CACI’s board.

Former ManTech International COO Robert Coleman founded Six3 Systems in 2009 and the company has completed at least four acquisitions of its own. 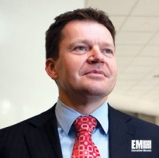 Peter Doolan has been appointed SVP of global enterprise sales engineering at Salesforce.com.

He most recently was group VP and CTO for Oracle’s public sector operations, where he served as a company spokesperson on technical and industry issues.

Doolan also led the design and construction of information management solutions for government customers in the CTO role.

The 22-year Oracle vet also worked as a VP of technology in Oracle’s public sector and managed sales engineering resources. 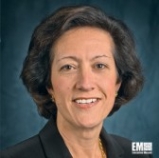 The Defense Department intends to produce three gigawatts of renewable energy by 2025 under the program.

Siemens was the only company to be selected for the program’s geothermal, wind, biomass and solar technology portions. 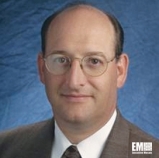 CAE USA has won about $85 million in military contracts in the second quarter of its 2013 fiscal year.

The contracts include a fourth option year for simulator instruction and training support services under the Air Force’s KC-135 tanker program.

“Our position on enduring platforms like the KC-135 tanker, and various military transport aircraft and helicopters continues to yield opportunities for CAE in the United States and abroad.” said Gene Colabatistto, CAE group president for military products, training and services.

Other international contracts CAE won include upgrade work on the German air force’s Tornado Aircraft mission simulators and a military helicopter simulator for an unnamed customer. 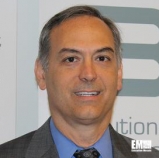 Michael Innella has been named COO at Buchanan & Edwards and will oversee the operations of the company’s business units and functional departments.

He previously served as head of professional services at AMERICAN SYSTEMS and spent 20 years at Stanley Associates earlier in his career.